1. How did you know it was the right time for a dog?

We honestly believe that there exists no such thing as the right time for a dog. We have however worked for a very long time to create a life that a dog would fit in and in the meantime also prepared ourselves for it. I, for example, went into university straight after high school graduation, whilst working part-time to then finding a job, in which during this time I essentially moved from city to city every year. On top of that, I also had travel around Europe a lot for work and that’s basically how it went on for all those years. At the time I would not have been able to afford and achieve the life with dogs that I would have wanted.

We have however worked for a very long time to create a life that a dog would fit in and in the meantime also prepared ourselves for it.

Christopher, my husband on the other side had a rather private life characterized by variety and was very much a lot on the road. He always had dogs around him within the family and because of these circumstances, having a dog in his life at the time was not a priority.

This past year, we refocused our life purposely in such a way that we would have enough room for a dog and from there, the next thing left was to find the dog for us. Of course, everyone has a different picture and different demands, but for us it was important that we can guarantee some things that are fundamental for us to have our own dog.

2. Where and in what state was Matti found in?

We only had the information that was available on the Everydaystray website and that was all that we had for a general idea of Matti. He was at the time the smallest dog at the shelter with the biggest personality. Dumped in a nearby village, a lady passing by found him alone and hungry and brought him to Dr. Dimitar, who is luckily the local veterinarian that regularly works with Everydaystray. Whilst at the vet, an Everydaystray team member was there and had asked the lady if she needed help with finding a home for Matti. As she also had an older dog that was not too happy sharing his owner with a younger dog, the lady surrendered Matti to Everydaystray. 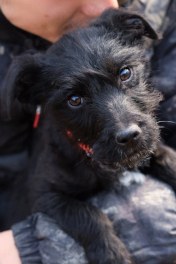 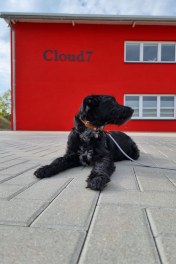 3. When and how did you come across Matti?

We previously had a consultation with a dog trainer to gain some important insights for first time dog owners although we have had experiences with dogs in the past and at times had dogs with us everyday, we wanted to hear from a neutral perspective which dogs, characteristics, possible breeds etc. that could come in question for us and fit into our lifestyle. For us and at the time, the appearance was secondary although we naturally had preferences.

As I discovered Cloud7 and naturally Everydaystray along with it, I had a really good impression of the organization from the start. We started following them on Instagram and found a dog that we really liked a few weeks later.

What was really helpful for us was to talk about breeders, rescue dogs and also rescuing dogs from abroad. After this initial consultation we drove out to meet with breeders, visited the local animal shelters and began the search beyond the initial idea. From the emotional perspective, I would have loved to adopt any dog out there, but we wanted to do it right and looked for a dog that would fit us. So as I discovered Cloud7 and naturally Everydaystray along with it, I had a really good impression of the organization from the start. We started following them on Instagram and found a dog that we really liked a few weeks later.

4. Why did you decide to adopt from Everydaystray?

We became aware of them through Cloud7, but we decided to go with Everydaystray because I found both Clair and Neil to be very responsible and honest. During our very first phone calls, they told us that the dog that we fell in love with through the Instagram stories is not the one that we are looking for and in terms of personality does not suit us very well. Which I thought was really great since we experienced quite the opposite with the other organizations. I would very much always rather an honest no with an understandable explanation than to adopt a dog from an organization abroad which I have no real impression of and can only get the perspective that is painted very colourfully and beautifully by them. At the time they had just taken Matti in, who coincidentally happened to be my husband’s secret crush and so after the first rejection they suggested „another dog that would really fit you guys well and looks similar to your favorite but just a lot smaller“. As soon as we heard this without hearing the end of the sentence, my husband nodded so exaggeratedly because he was so overly happy that they had suggested his favorite.

The interaction with Everydaystray was very professional, honest, from the heart, responsible and exactly what we were looking for.

In general, the interaction with Everydaystray was very professional, honest, from the heart, responsible and exactly what we were looking for. In the future, we would really like to take Matti and visit Bulgaria to help at the Everydaystray shelter. We will have to see when and if it is even possible but the thought is definitely there. We are incredibly grateful that they have entrusted us with this not so little anymore creature.

5. How was the adoption process?

We talked on the phone a few times and also wrote mails back and forth, in which we received lots of videos and photos of Matti. A tip that we received from the dog trainer was also to watch the videos in the circumstances of the dog, especially important if you can’t meet them in person to get a better picture. Clair also always provided us with day-to-day videos or a quick photo of Matti. For the paperwork, there was an adoption contract and a pet passport for Matti ready. We were regularly contacted about his health condition and updated about his visit to the vet. They were great at listening and and very detailed in answering our questions which made us very comfortable and secured. The support was really terrific.

6. Where did you meet for the pick up / handover?

After we decided on Matti, my husband decided to pick him up himself in Bulgaria. In the process, he also had the opportunity to bring a second dog along with him for another awaiting family, Blacky, who we originally applied for. Thus, we were also able to meet Blacky and his new family. Christopher flew over from Berlin to Sofia during the Easter break and stayed at a hotel overnight. The next day was when he finally met Clair and Neil for the first time as well as both dogs at the airport. In Sofia, some tears were shed as the farewell was quite emotional and I was able to come along on the journey at home via Everydaystray’s Instagram stories. We were all very touched and excited to see what would happen next. With a direct flight to Berlin, I was able to be there to welcome Christopher and both dogs. The dogs were confident and very trusting from the beginning. They climbed into our laps and slept as we waited for Blacky’s new family to arrive at the airport.

7. How was the first meeting?

We would not have ever imagined nor expected that both dogs were so trusting and confident that they felt so safe and comfortable with us. After we arrived home, we went for a small walk with Matti around the area and he behaved in the forest as if he had been there before. As we got home, he jumped right into the bed that we had prepared for him and inspected his new toys proudly and happily. We were totally taken aback because he acted as though he belonged right here from the very beginning.

Our day is usually very relaxed. Matti came from Everydaystray already knowing a dog leash, stairs, treats and other dogs of all sizes and different people. We are currently working mostly on him getting to know some boundaries, are just about through with the adult teeth growing in and trying to teach him our expectations out there in the world. We are also getting to know life in the city, driving, the lake and water and that he can’t go up to every person and every other dog, but that we also walk without him having to be petted by every person. We live near a forest with lots of meadows, a nature reserve and many lakes as well as Berlin, a city with many charms which he slowly learns in his everyday life. 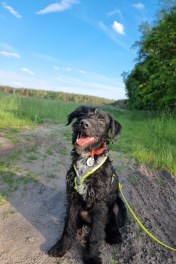 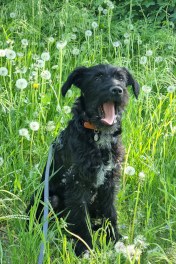 At home he usually takes a nap in the early morning and early afternoon with him sleeping through the night most nights. Since he’s still very young (born 6.12.2021) he still needs at a lot of sleep at the moment. In the afternoon there is a lot of play, fun but also training. We often meet with other dog owners for walks and soon will go to adolescent dog training. In addition, there are also times where he’ll follow us along in our daily lives.

9. Has his character changed in the meantime?

I would say that his basic personality has not changed. He is a totally self confident, independent, happy and playful pup that loves his rest, is totally excited about every new person and every dog he meets from the beginning. I have noticed that he now trusts us very much and also is now willing to do things that he was sceptical of at the beginning. He understands and accepts rules and limits more and more in the house and curiously waits to learn new things. We have however noticed that he has started to show some territorial behavior or even question certain limits as he becomes more and more aware of how the land lies. But with the appropriate training we are very happy with our daily routine but of course we are eagerly waiting for the puberty phase.

10. Would you rescue again?

We would definitely adopt again. For us it’s simply important that we have a certain relationship of trust with our partner. Be it a breeder, shelter or animal welfare organization, the welfare of the dog comes first and also who looks out for families that will allow the dog’s natural talents to flourish. We would definitely adopt again. We were able to find that in Everydaystray and could imagine a multi-dog household and further rescues in the future.

Everydaystray gives Bulgarian street dogs not only a second chance at life, they rehabilitate and train the dogs currently waiting for their new homes at the shelter but also advocates for proper and ethical dog ownership with castration programs in place for the local Bulgarian community. If you would like to learn more about their organization, volunteering program or available dogs for adoption, please visit the Everydaystray website for more information.

If you missed our short film about Everydaystray, click here to watch. 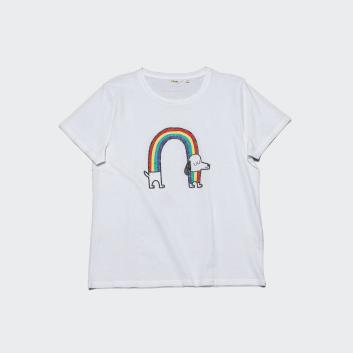 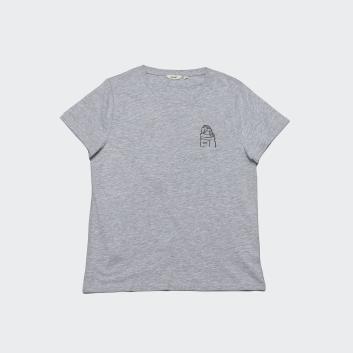 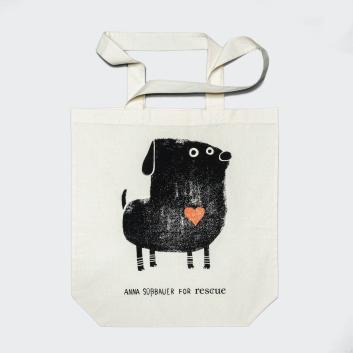 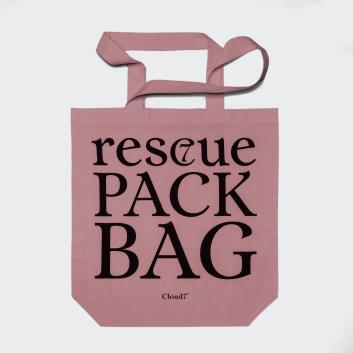